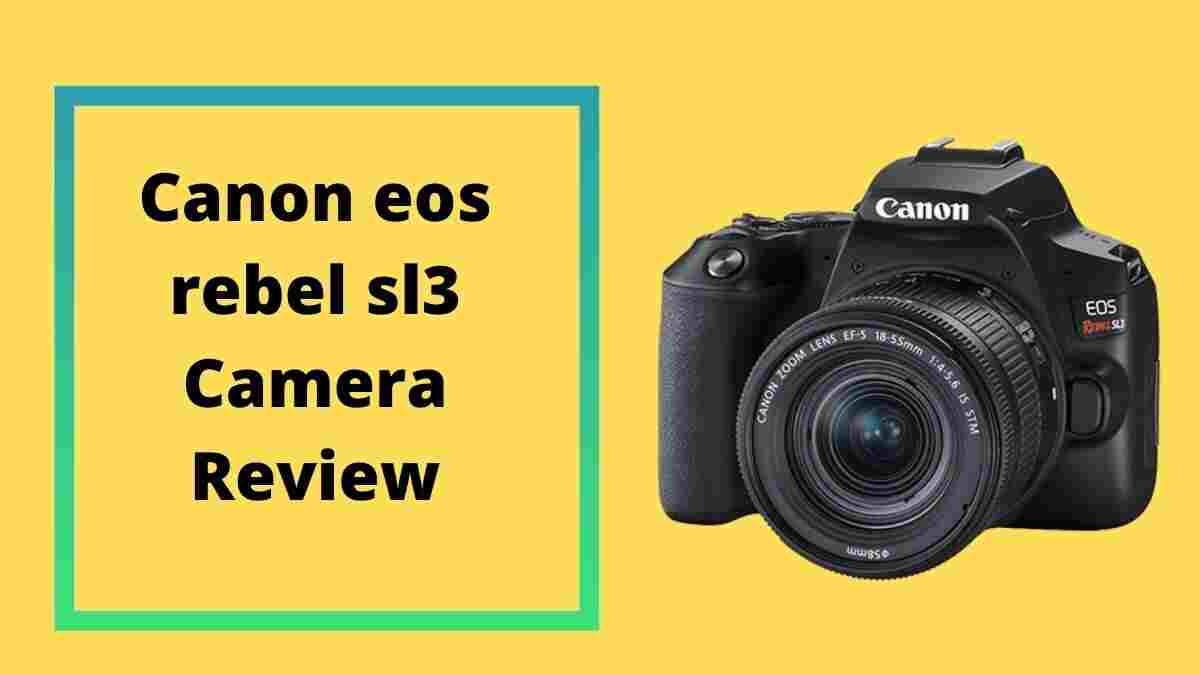 Canon eos rebel sl3 Camera has a 24-megapixel aps-c size sensor which is extremely popular and is actually in most of the canon’s top-of-the-line cameras. It also has a digic eight-processor, only a slight bump over the sl2 digit seven processors.

It doesn’t change that much in the camera, but it does give you 4k and slightly better autofocus but more on that later.

One of the best things about the sl3 is that it has a full ef mount, which the m50 does not with the ef mount.

You have access to the entire range of Canon lineup.

You have canon lenses and third-party lenses, which are some of the best-looking and most affordable lenses on the planet right now.

With this camera, you will never run out of good lenses to shoot on, and above all else, the canon colors look perfect. The reds, the blues, the green are just the right hues of faces, and people look super attractive.

There’s something about canon colors where everybody looks good, and it has this classic look that everybody adores.

In terms of photos, it does five frames per second in continuous autofocus in complete 24-megapixel canon raw, which unfortunately sounds way more impressive than it is.

The autofocus in the sl3 is truly impressive. Through the optical viewfinder, you get nine points of autofocus, which is not that impressive, but in live view, you get three thousand autofocus points.

If you use the LCD to compose your photos, you literally cannot take a bad shot with this.

The colors look good, the sensor is fantastic, and the autofocus is accurate. You literally can’t take a bad photo.

Sadly because of the relatively slow speed of 5 frames per second, I wouldn’t recommend this camera for action shots or sports. Still, I think this would be a fantastic portrait and product photography camera.

canon made some changes to this camera to prevent you from using third-party flashes.

But those manufacturers that it was trying to stop put together a firmware update to still let you use their flashes on this camera.

Many people view the canon m50 over the sl3 as precisely because of what the m50 does differently for video.

Despite my calm demeanor, I am upset about the lack of 24 frames per second in this camera.

There’s no reason for it not to be there other than canon. Just being cheap with its consumers, this camera does have 24 frames per second.

A crop that zooms in all of your lenses adds a bunch of rolling shutter and soft images.

Honestly, when it comes to 4k and most canon cameras, I would skip it.

The only cameras that do 4k properly are probably the eos r5, r6, and the canon 90d. However, the one place that the 4k in this camera could be useful is if you’re doing it.

A talking head thing like this or if you’re a streamer where your camera isn’t seeing that much.

Motion that 4k is going to be useful for you guys, simply because without action, you’re not going to save a lot of rolling shutters, and this camera does clean HDMI out in 10-bit color, so if you’re a twitch streamer or a youtube streamer, you’ll find this helpful camera. This camera does have digital image stabilization.

Which comes in handy for handheld work for both photo and video. It’s something you won’t notice until it’s gone, but it’s convenient, and the autofocus for video in this camera is spectacular.

The autofocus for photos is fantastic, but for videos, it is just so seamless and simple. It does perfect face, and object tracking, plus the sl3 has eye-tracking if you’re shooting people with this camera.

You are going to have no problem whatsoever keeping people in focus as for videos.

I wouldn’t recommend this to a cinematic filmmaker, but if you’re a vlogger, you’re going to have a great time with this camera.

Precisely because of the eye autofocus, and if you’re a streamer, you’re going to get great stuff for someone that’s a vlogger, a streamer.

Just kind of an internet personality that wants to create a lot of content, you’re going to enjoy this camera.

With that being said, the m50 also has dual pixel autofocus.

We have to look at one more thing before we can decide what camera is better for you.

So next, let’s talk about body and design because I feel like this will be the category that will make it or break it for most of you.

The body’s well designed and highly compact. The canon sl3 is the smallest DSLR. On the camera market right now, and on top of that, it’s well built. It has a premium feel.

I love the way the buttons all have a sandpaper finish. It just feels like a luxury product.

The only thing that disappoints me is that it’s not weather sealed. It would have been nice to see for this price.

Point the ergonomics on this camera are fantastic. It’s well laid out, and it’s easy and quick to work with this camera, and I like the new simplified mode dial.

It’s nice to have the basic settings there. Without a bunch of clutter in there, the touch screen on the back of this camera makes it easier to cooperate.

The touch screen, it’s one of my favorite features of this camera. It’s a flip-out screen that comes up to the side.

So you can get many viewing angles and flip it around to see yourself and on top of that because it’s a touch screen.

You can touch to focus on different things, which makes focusing way easier software and menu-wise.

Its spectacular canon cameras are known for their fantastic user interface, and this camera is no different.

It’s straightforward to go through the menu. They’re effortless. There are not that many of them.

You could give this camera to anybody, and it’s pretty easy to pick up and figure it out on your own and on top of that.

The user interface for controlling the actual camera is snappy, really well laid out.

The camera is an absolute pleasure to use. It’s not that complicated. One of the best things this camera and pretty much every Canon camera has gone for.

It is the fact that they’re so accessible and easy to use, and if you’re a beginner, you’re going to like this camera.

Because it has a creative beginner mode built right in that gives you suggestions based on what you’re trying to achieve.

It’s kind of like having your assistant built into the camera one place the sl3 shines that the m50 does not is battery life.

The canon sl2 and the sl3 use the same battery, but the sl3 gives you double the battery life.

Thanks to the digital eight-processor, I’ve been shooting non-stop.

With the sl3 for the last three days, and I still don’t have to charge my battery.

The battery life on this camera is awe-inspiring, and that’s probably the biggest thing that sets the canon sl3 and the m50 apart.

The canon eos rebel sl3 has things like creative assistant built in an excellent big robust DSLR body style and away.

Better battery life, the m50 is perfect camera specs-wise, but it’s small. It doesn’t have an ef mount.

Which is crucial for someone that’s just starting and is a beginner that’s trying to learn.

So the moment of truth is the canon sl3 worth buying, and should you get it over the canon m50.

It’s a complicated story, but this is my brutally honest opinion.

I mean this in the most excellent way possible.

The cell with the shutter slap and all, and you don’t want to deal with small mirrorless cameras, then get the sl3.

it makes sense you don’t want to deal with the fuss, but if you’re someone that cares about specs and what comes out of your camera more than like what your camera looks like or how it feels like in your hands. get the canon m50 because without a doubt the canon 50 is a better camera than the sl3 but there’s more the one thing to note is that the canon m50 isn’t an ef mount lens.

You only get canon m lenses which are mirrorless. So if you want to get ef lenses, you have to get a speed booster

Which can be anywhere between 300 to 500 depending on the quality of the speed booster.

However, with the speed booster, you go from an app-c size sensor to a professional full-frame sensor, and that speed booster makes all of your lenses and images.

One stop brighter simply because of how speed boosters work, and with the speed booster, the two cameras are much more on par. So It depends on what do you want to use the cameras for.

I recommend the Canon eos rebel sl3 camera to someone that doesn’t want to have to deal with adapters or all that fuss, wants a DSLR with long battery life, wants that nice DSLR to feel in their hands, and wants to be able to use ef lenses with no fuss or adapters natively.

Because one thing to be said about using a speed booster on the m50, your auto autofocus isn’t quite as good; it’s still pretty good.

But it’s not as good as a native ef lens. I don’t think I would ever buy the canon m50 without a speed booster. The canon m line of lenses doesn’t have an excellent selection, and I don’t think they look quite as good as the ef lenses, which are way more accessible and way more affordable.

I think the canon m50 is an excellent budget video camera and obviously in the right hands. I’ve seen people put cinema glass with the speed booster, and it looks incredible, but I think I’d instead stick to the sl3 just because I’ve got my native ef lenses. No huss, no fuss, excellent battery life.

I think the sl3 is for someone that wants to get a camera that works well right out of the box.

No-fuss and the m50 make more sense for someone willing to jump through a few hoops, maybe a young cinematographer or a filmmaker that wants a full-frame look on a budget. 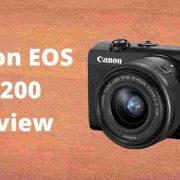 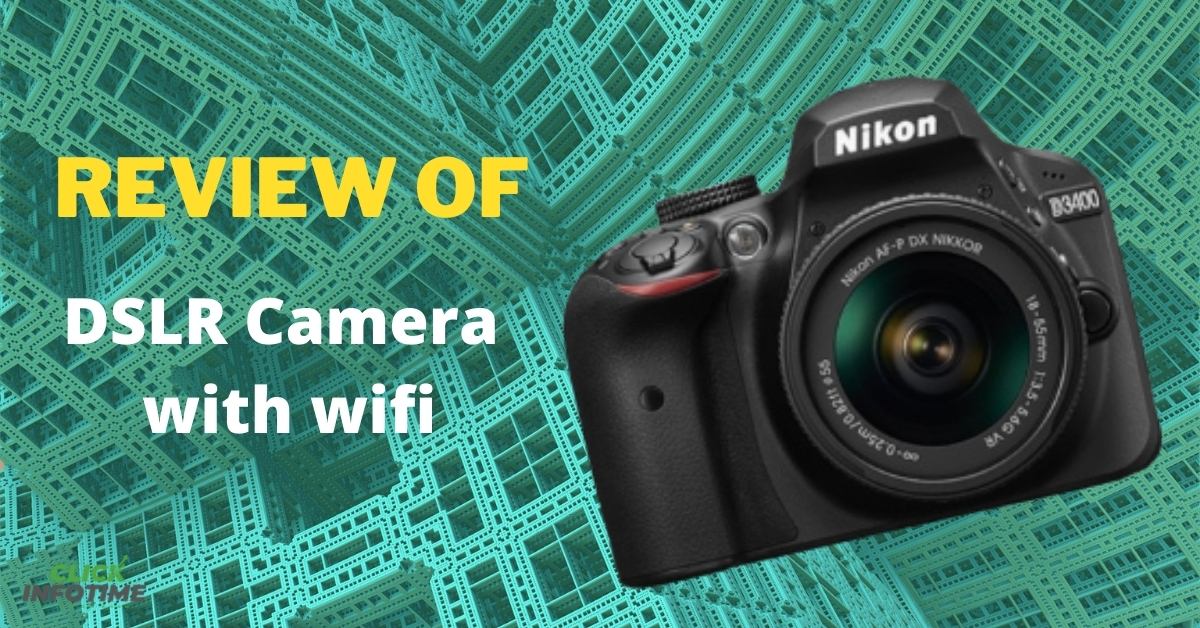 Olympus tough tg6 is the latest generation of the world’s most popular underwater camera lines. ...